There’s nothing quite like scrolling through beautiful photos of faraway lands to escape from that sinking Monday-morning feeling. Whether you’re an eager adventurer or a day dreamer, it’s almost impossible not to get completely captivated by the plethora of travel images on the web: from popular UNESCO World Heritage sites to the world’s best kept secrets, there is something to capture everyone’s imagination and stir the restless travel bug inside.

The Aurora Borealis, commonly known as the Northern Lights, is a natural phenomenon which has seduced and mesmerised travellers and photographers alike for years. Based in the Northern hemisphere, these dazzling displays of light can be seen from Scandinavia, Russia, Alaska and even Scotland. Best viewed between September and April on clear, cloudless nights, the Northern Lights are notoriously tricky to see, with many travellers returning from short breaks disappointed. That said, many return from the North with countless digital memory cards and rolls of film overflowing with those mysterious Northern light displays.

Today we share with you our ten favourite Northern Lights photos. Although interesting, we won’t disclose the lights’ scientific secrets and dispel the magic. We love the charm and intrigue belonging to them, and want to celebrate the phenomenon in all its glory. We don’t think it matters how many times you’ve seen photos of the lights – they will never fail to impress. Without further ado, sit back, relax and prepare to be blown away…
Shannon Bileski @shannbil
The stunning photo was captured by Shannon Bileski, a Canadian photographer. This is a shot of a meteor shooting through the aurora borealis. It was taken on the east side of Lake Winnipeg. Cool, huh?

Mike Taylor @mtaylor_photo
The northern lights envelop Maine’s highest mountain in purple and magenta. Mike said, “I photographed time lapses at this amazing location for just over four hours on Saturday morning, observing the aurora borealis, the north end of the Milky Way and the stars and constellations moving through the night sky and reflecting in the pond.”

James Appleton @JamesAppleton86
London, UK based photographer grabs the pick of the bunch: the Northern Lights flickering behind the Icelandic volcano, Fimmvorduhals. Wow!

Based in Tuktoyaktuk, Northwest Territories in Canada, this photo is by Francis Anderson – a photographer at Saville Photography. Bjørn Anders Nymoen @BANymoen Bjørn captured this surge of brilliance over Nesoddtangen, Norway.

This photo was taken by Michhel Schantz, a travelling lifestyle photographer living in Ellicott City, MD and Karasjok, Norway. Captured in Finnmark, Norway, this shot, named Huset, was the Viewers’ Choice Winner in the 2012 National Geographic Photo Contest.

Mike Theiss @MikeTheiss
Taken by National Geographic Photographer, Mike Theiss – a TV Presenter, Storm Chaser & Adventurer – this is a shot of the northern lights above a sign marking the edge of the Arctic Circle.

Young Astronomers UK @UKYoungAstro
Aurora Borealis captured from the Shetland Islands, Scotland, by an enthusiastic community of young budding Astronomers. They say, “We’re passionately devoted to Astronomy and believe every young astronomer out there should have a place to share their love for a subject we hold dear.”

NASA @NASA
They do have a slight advantage, but how could we not include NASA? Here is one of their ‘not too shabby’ pictures from space. Oh my! Their vision: “To reach for new heights and reveal the unknown so that what we do and learn will benefit all humankind.” 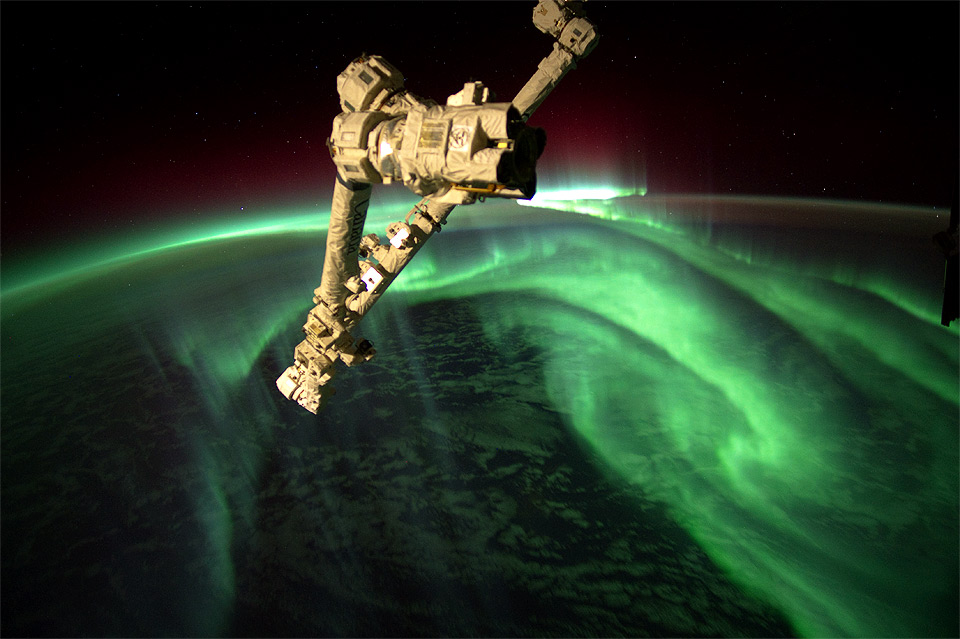 If you’ve taken a great shot or seen one, we want to hear from you. All we need to know (if possible) is: who took the shot, the image’s URL and an URL for one of the photographer’s social profiles. Pop these in the comments section below and Bobs your Uncle. We’ll do the rest.
What do you win? Prestige, glory and respect … and a shout-out in the Scandi Travel blog of course.

All about Scandi Travel