You are here: Home › Finland › Lapland › Northern Lights › Safari › 8 Things You Should See, Do & Eat in Lapland
View All Galleries 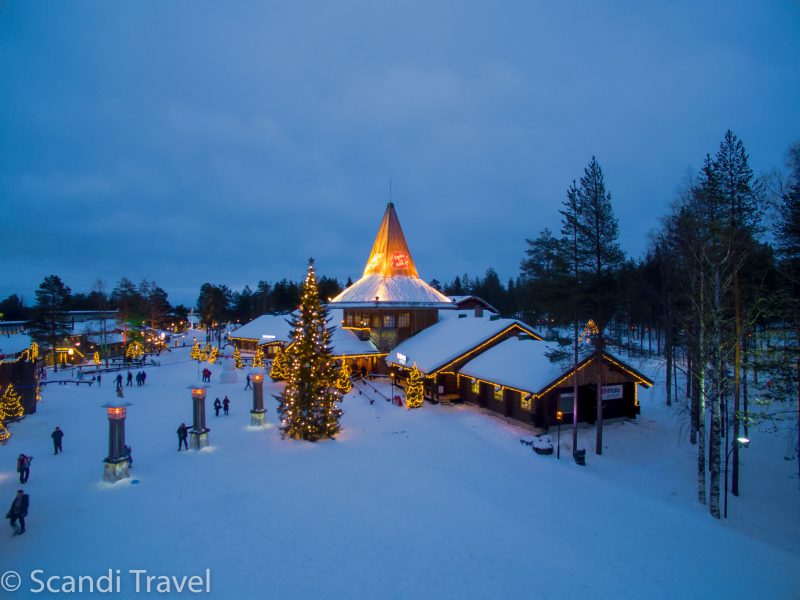 Lapland is one of the most magical places on Earth. And if you haven’t experienced it yet, you’re truly missing out. There is so much to see, do and eat. But where’s the best place to start?

Covering the northernmost region of Finland, Lapland is a real-life winter wonderland. With its unspoilt landscapes and mythical history, there is nowhere else like this unique destination. After all, where else can you wake up in a glass igloo and spend the day gliding through the snow on a sledge pulled by a majestic reindeer?

Whether you want to relive the childlike excitement of seeing Santa Claus’ sleigh, or relax by a roaring fire beneath the stars, Lapland has the power to enchant everybody.

To help make sure that your trip is a once-in-a-lifetime experience, this post will guide you through 8 of the most unforgettable things to see, do and eat in this beautiful region.

The Northern Lights, or Aurora Borealis, are one of the most breath-taking natural wonders of the world. According to the legend of Finland’s indigenous Sámi people, the mesmerising light display is actually the souls of their ancestors, dancing across the heavens. Like Lapland’s expansive snowscapes, it’s as much of a marvel today as it’s always been.

Although top of most tourists’ wishlists, the Northern Lights can be elusive – which makes catching them all the more rewarding. To be in with the best chance of ticking them off your bucket list, look for a week-long tour which takes in the best locations for viewing the Northern Lights, such as the mesmerising wilderness around Rovaniemi and the Hotel Kakslauttanen on the edge of the picturesque Urho Kekkonen National Park.

No trip abroad is complete without getting to know the locals – and in Lapland, that means its world-renowned wildlife as much as its people. Home to Arctic foxes, wild reindeer and freshwater seals, the region is full of beautiful animals which are native to its fairy-tale forests and pristine ice fields.

What better way to go nature-spotting than as part of an unforgettable snowmobile safari? On a whirlwind expedition across the Gulf of Bothnia, you’ll cross the border between Finland and Sweden on a snowmobile – or how about a luxury snowmobile tour of the Arctic Sea, where you can spot mind-blowing varieties of wildlife from elks to eagles?

Stay the Night in a Glass Igloo

Nestled near Rovaniemi in the snow of the Arctic Circle, the Arctic Snow Hotel – which is carved entirely from ice every year – boasts a mini village of 39 glass igloos. With roofs offering a 360° view of the sky, the igloos are open from September 20th to March 31st, providing an amazing opportunity to see the Northern Lights as part of Scandi Travel three-day tour of the Rovaniemi region. You can even turn on an ‘Aurora Alarm’, which will wake you up if the lights appear while you’re asleep!

Fully-insulated from the Arctic chill, the luxury glass igloos are warm, cosy and completely private – promising you one of the most spectacular nights of your life.

When you enjoy a husky ride, you’ll be taking part in a tradition which has united humans and dogs for thousands of years. Otherwise known as mushing, husky sledding is a truly exhilarating experience. This excursion to a husky farm with Scandi Travel will enable you to get to know these beautiful, strong and intelligent animals for yourself – before taking the reins on your very own sledge ride across the Arctic meadows.

If you prefer to take things at an easier pace, reindeer sleighing is a more sedate – though no less breath-taking – experience.

Hop on the Santa Claus Express

Forget Santa Claus’ famous sleigh – did you know that in his homeland of Lapland, he apparently travels by train? The so-called Santa Claus Express is a double decker sleeper train which runs between Helsinki and Kemijarvi, from the cityscape of the Finnish capital to the snowscape of the Arctic. When you’re not relaxing in your cosy sleeping cabin, take a look out of the window for entrancing views across Tampere, Oulu and Rovaniemi.

And when your journey ends? Put yourself firmly on the ‘nice list’ and book Scandi Travel Santa Claus safari for a chance to meet the jolly old man himself!

If you’re in search of the authentic taste of Lapland, you shouldn’t leave without sampling its most popular meat: reindeer. A hearty staple of the local diet, reindeer meat is a versatile favourite which is served as steaks, mince, sausages, burgers or in traditional stews.

You’ll find it in the most down-to-earth taverns as well as the swankiest restaurants.

If the thought of eating reindeer meat is too much after taking a Scandi Travel Arctic reindeer trip, then some fresh local salmon might be more to your taste. The jewel-blue waters of the River Tenojoki, located on the border between Finland and Norway, are famed for salmon fishing. In fact, in peak years, the Tenojoki has provided 20% of all the salmon caught in Europe! This means Lappish towns on the banks of Tenojoki can enjoy huge amounts of freshly prepared fish.

What could be more deliciously authentic than sampling traditional smoked salmon in the warmth of a log cabin? This fireside dinner in the wilderness, prepared by a Finnish chef, allows you to bask in the glow of an open fire while you try local favourites such as hot and cold salmon, Karelian hotpot (a casserole made of meat and root vegetables) and pancakes. We don’t know what’s more tempting – the food or the views!

The forests of Lapland keep the region well-stocked with ripe bilberries, cranberries and cloudberries. Enjoyed for their distinctively floral flavour, as well as their immune-boosting properties, berries are a key item on many Scandinavian menus. Finnish mulled wine – known as glögi – is sometimes flavoured with berries, but if your alcohol preference swings more towards the local beers, hot berry juice provides a welcome (and non-alcoholic) alternative to tea or coffee during the freezing winters.

Plan the Lapland adventure of your dreams

Whether you’re dreaming of a snowmobile tour or picturing yourself under the spectacular Northern Lights, Scandi Travel offers a plethora of incredible tours that tick every box. If you want to find out more about any of our holiday packages, don’t hesitate to get in touch with our friendly team.

All about Scandi Travel